Brits should be banned from taking selfies with seals, say campaign groups 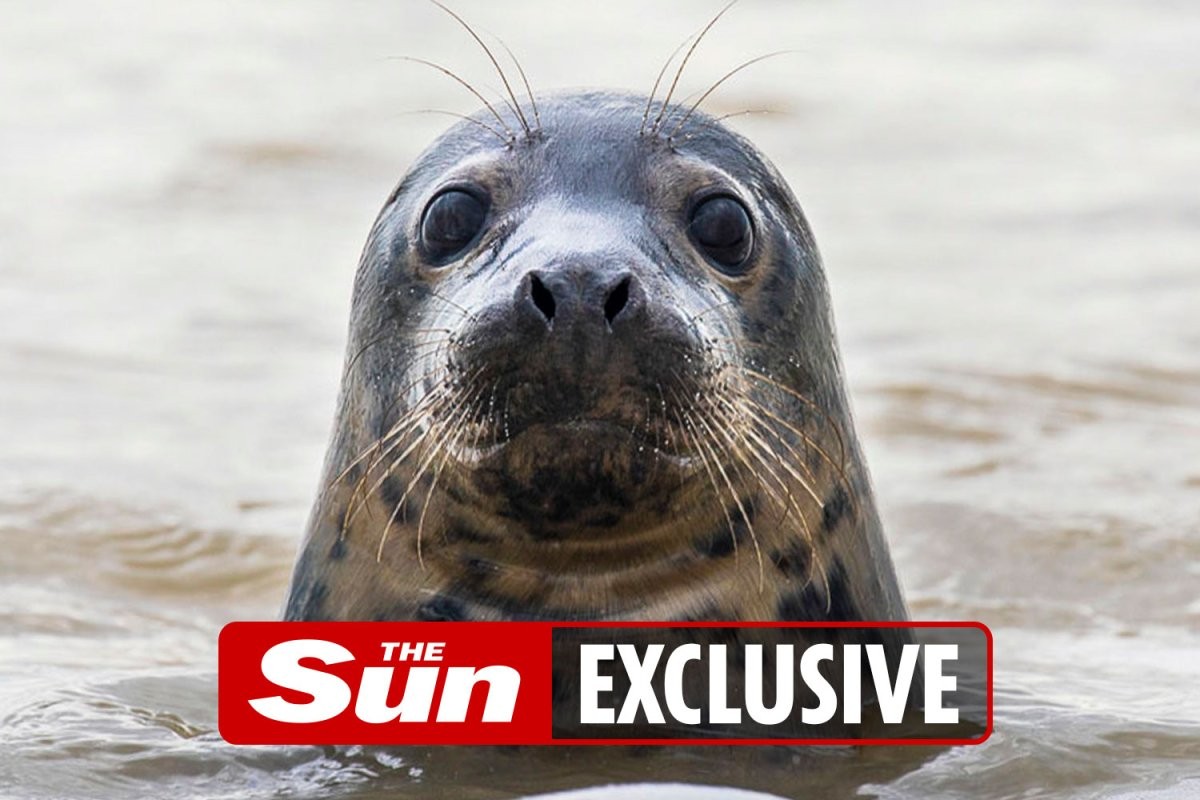 CAMPAIGN groups are urging the Government to outlaw selfies with seals as the trend rockets due to staycations.

They fear the UK population of the mammals is under threat as so many people are disturbing them.

Campaign groups fear the UK population of the mammals is under threat as so many people are disturbing themCredit: RSPCA/Richard Rayner

Volunteers have been patrolling beaches to warn tourists to stay away from seals. 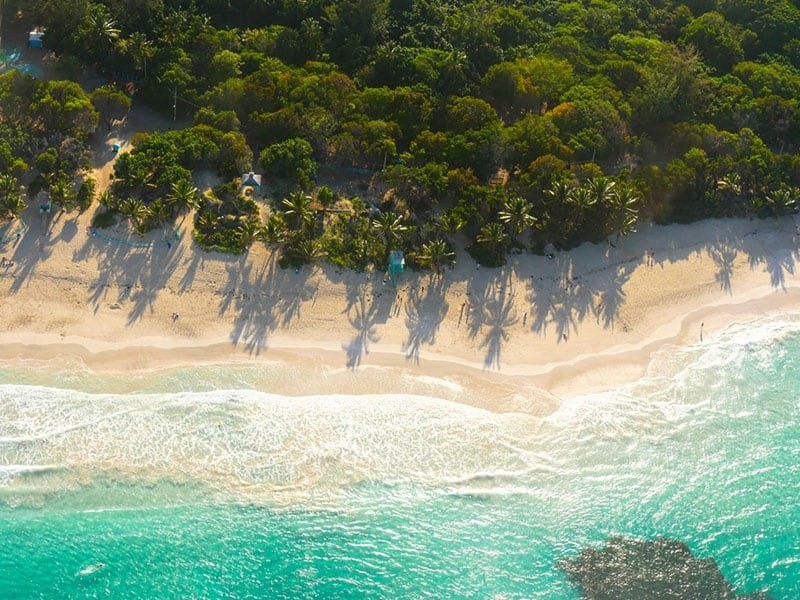 There's nothing as relaxing as feeling the sand between your toes. These gorgeous white sand beaches are some of the best in the world.
Original link
59 Hits
0 Comments
Tags:
oc3anclub news stories
Facebook Twitter LinkedIn Pinterest
59 Hits
0 Comments 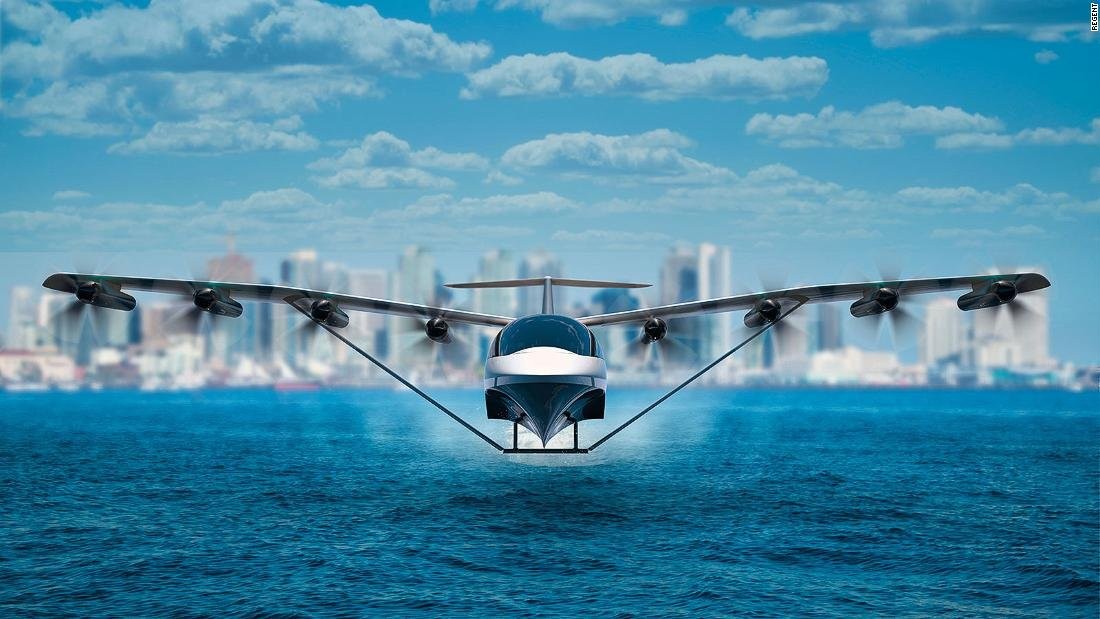 (CNN) — At a time when transportation infrastructure projects seem to be taking center stage in US public debate, a Boston-based start-up backed by some of Silicon Valley's most prominent investors wants to turn the sea lanes along the country's east and west coasts into high-speed transit corridors.

LA to San Diego in 50 minutes? What about New York City to Boston in two hours? And all this without road traffic or airport hassle. These are the sort of commutes that may become possible if REGENT's seagliders become a reality.

Regent's founders have aviation backgrounds -- including degrees in aerospace engineering at MIT and a stint at Boeing subsidiary Aurora Flight Sciences -- but they turned to the seas for inspiration when they started looking for new, sustainable ways to transform inter-city travel.

Billy Thalheimer and Mike Klinker have raised $9.5 million from the likes of Y Combinator, Mark Cuban and Peter Thiel, among other investors, to reimagine the wing-in-ground effect (WIG) concept and turn it into a mainstream means of transportation with zero emissions. 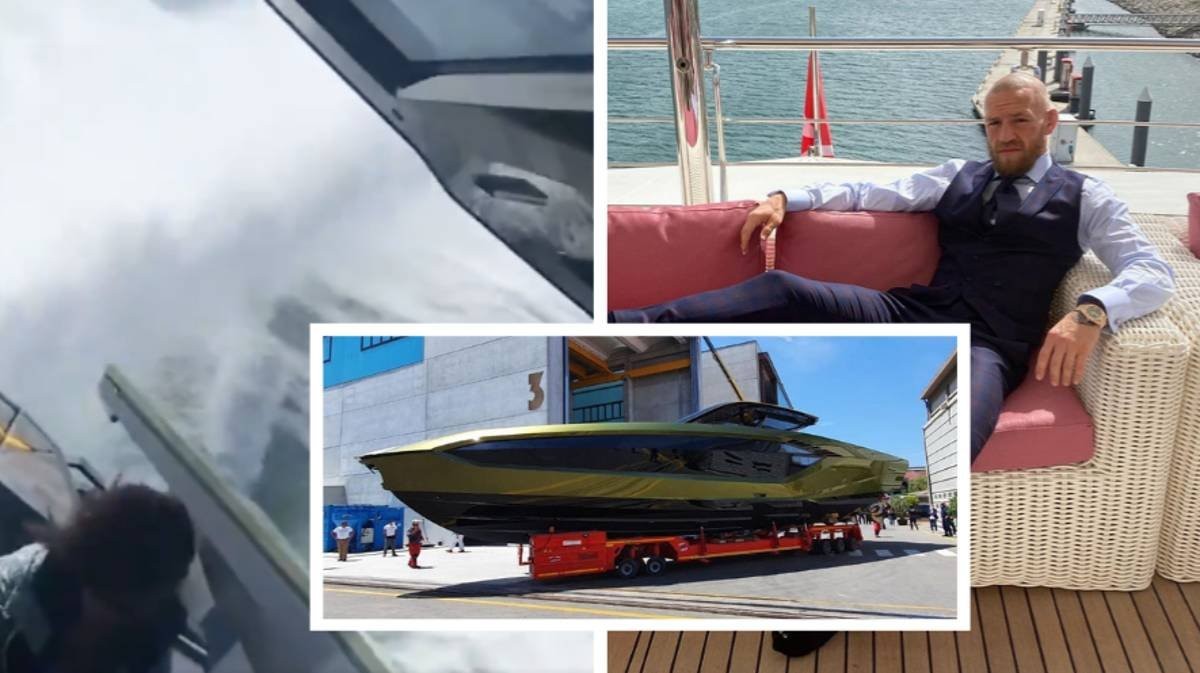 For the first time, Conor McGregor has shared a video of his new Lamborghini super-yacht that everyone has been drooling over.

But this isn't just any old clip of the Irishman simply lounging around on it or parking it up in sunny Marbella or something.

No, this video shows the yacht in full flight - and the speeds it can reach are pretty damn frightening.

In footage posted on Twitter by the UFC megastar, you can see the £2.7 million (AU$5.1 million) Lambo travelling at a rapid pace across empty bright blue waters.

The caption read: "There's the lambo. Going sideways at 120km an hour. Ones a house to live on. The others a super car of sea. To rally on."

15 Incredible Underwater Hotels That Will Leave You Speechless 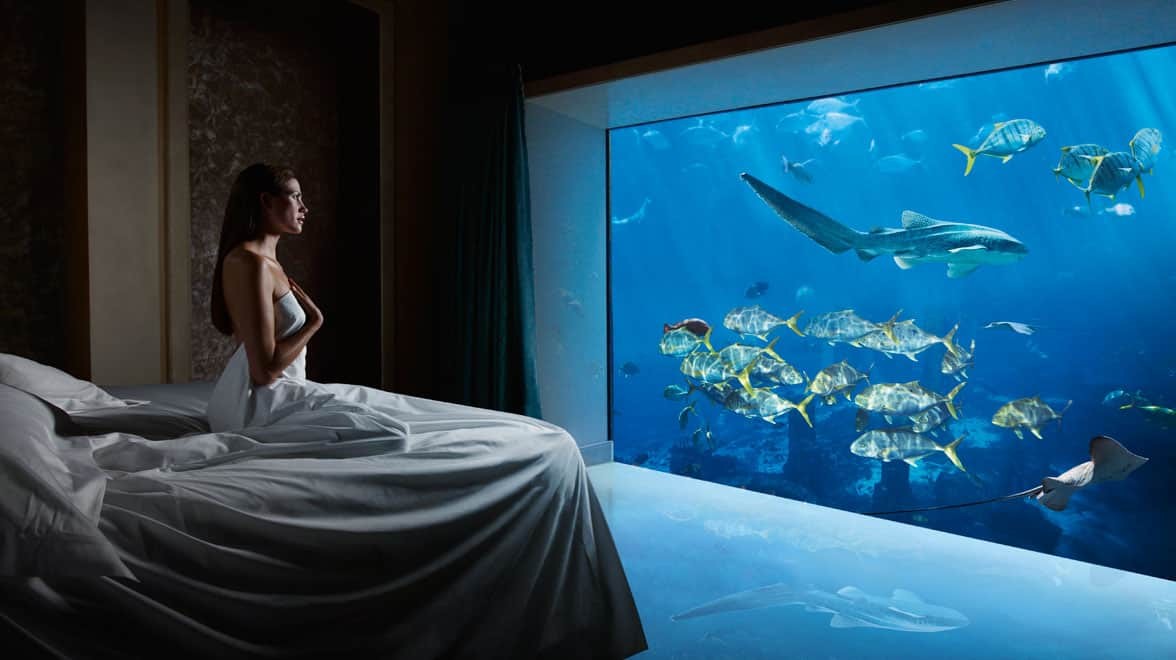 When you’re off exploring the world, you always expect to experience something different, discovering new places and cultures that will help you create amazing memories. But let’s face it, most hotels where you’re going to stay are pretty much the same.

Unless we’re talking about some extraordinary eco hotels, cool micro hotels or charming European castles where you can spend the night, they’re all almost the same. Yes, some offer you very nice experiences, magical views, luxurious amenities and world class service, but in general they’re not all that different.

The ones on this list though are spectacular because they are built partially or fully under water, and they will literally leave you speechless. These underwater hotels take the expression “room with a view” to the next level and if you’re a big fan of water, sea creatures and marine life, this article is definitely for you.

Even though some of these hotels are still design proposals, most of them are already out there waiting for you and they probably offer the world’s most spectacular views. You can dine and be within feet of the underwater world, the only thing separating you could be big a glass window. Or better yet, you can wake up and go to sleep next to the creatures of the sea. Cool is not even a right adjective to describe the experience! 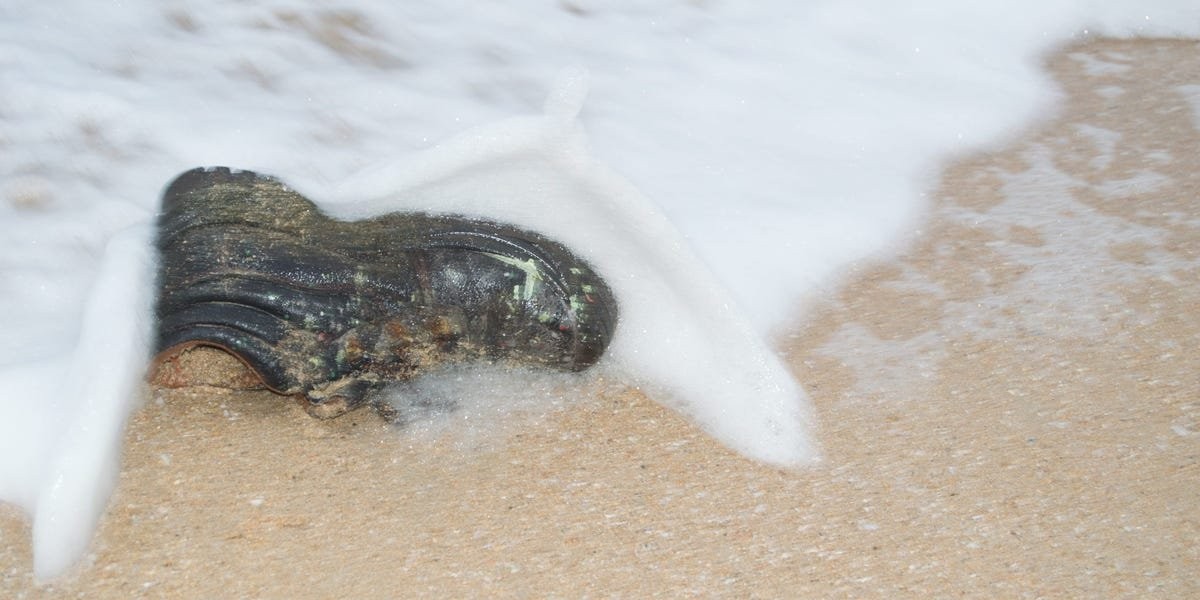 Since 2007, at least 20 human feet in sneakers have washed up on the coastline of the Pacific Northwest.Conspiracy theories about the Salish Sea feet discoveries previously blamed a serial killer with a foot fetish.But, as a British doctor explained to his 4m TikTok followers, it's most likely the result of modern sneaker designs.

10 Things in Politics: The latest in politics & the economy

A video of a doctor unraveling the mystery of why sneakers containing severed feet keep appearing on the beaches of the Pacific Northwest has gone viral on TikTok.

At least 20 human feet have washed up on the coastline of the Salish Sea, which stretches from Canada's British Columbia to the US State of Washington, since August 2007, the Mirror reported.

The most recent example took place on New Year's Day in 2019 when beachgoers on Jetty Island in Everett, Washington, found a foot in a boot.

While conspiracy theorists have suggested that the grisly discoveries could have been the victims of a serial killer with a foot fetish or the mafia disposing of bodies, Dr. Karan Raj told his four million TikTok followers that there is a simpler explanation. 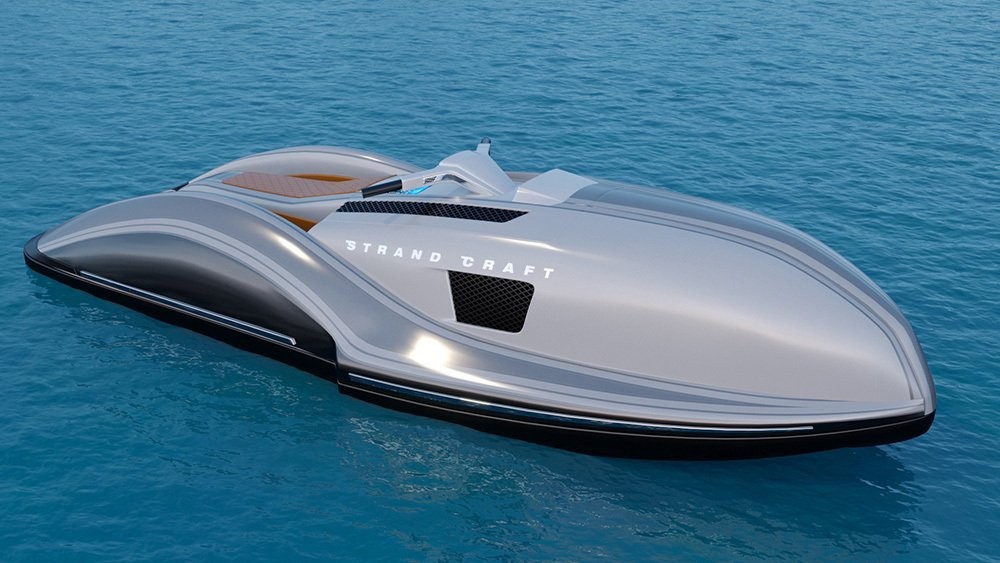 Allow us to introduce you to the new Strand Craft V-8 Daytona GT. More than five years in the making, the menacing jet ski “marries power and speed” for unbridled thrills. Think of it as the Shelby Daytona of the high seas. While details are decidedly scant, there are a few specs to get seafarers excited.

Although it has the sleek silhouette of a sports coupé, the Daytona is nothing short of imposing. The hulking craft, which will likely be built from fiberglass or aluminum, spans nearly 17 feet long by 5 feet wide and weighs 1,250 pounds. This makes it quite a bit bigger and heavier than the average jet ski.

It’s more powerful, too. Just like an American muscle car, the Daytona packs a punishing V-8. The 6.2-liter aluminum engine will be supercharged for added grunt, though Strand Craft hasn’t specified a top speed. Suffice it to say, this thing is sure to slice through the waves.

From Pollution to Performance Wear: Fair-Trade Clothes Made From 100% Ocean Plastic

Pound-for-pound, Sea Threads is making a difference for our ocean ー literally. The new clothing venture is the first to make clothing from 100% Certified Ocean Plastic, with each performance shirt made from one pound of plastics pulled out of our ocean.

Globally, we produce around 335 million metric tons of plastic each year, the Smithsonian Ocean reported. According to the United Nations Environment Programme, plastic waste pollution is a "major environmental problem of global concern" that has reached "epidemic proportions." The global body estimated that 100 million tons of plastic are now in the oceans, 80-90 percent of which comes from land-based sources.

This is happening because our linear economies aren't designed to prioritize recapture and reuse, and most recycling systems aren't equipped to handle the volume of plastics being used. Thus, only 9 percent of plastics are properly recycled, the Smithsonian estimated.

Lotion in the ocean: is your sunscreen killing the sea? 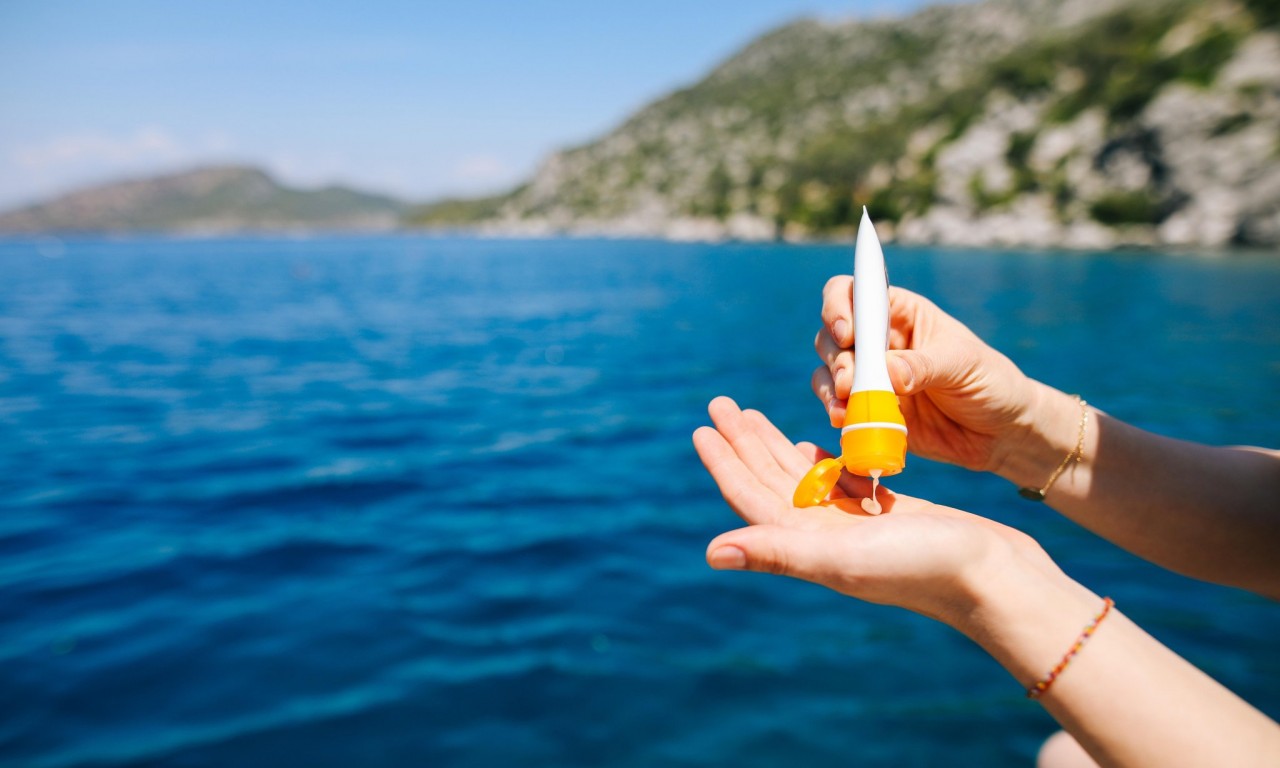 Autumn Blum was 5 metres underwater, scuba diving off the Pacific island of Palau, when she looked up towards the surface and saw a rainbow.

“I thought maybe it had been raining,” she says. “As I got closer, I saw that it wasn’t a rainbow: it was actually an oily sheen that was coming off a group of snorkellers.”

She realised the iridescent slick must have come from the snorkellers’ sunscreen.