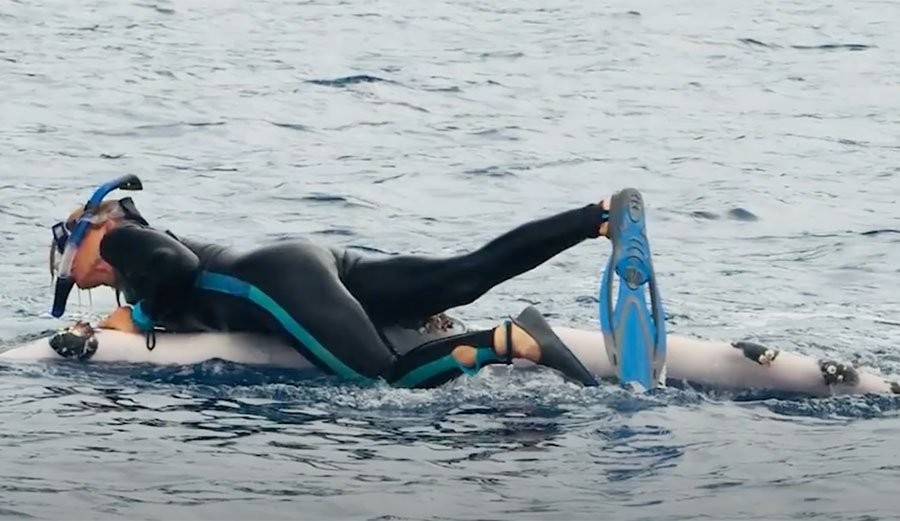 Humpback whales are extraordinary creatures. We know for certain that they’re incredibly intelligent. We know they exhibit many of the same behaviors humans do. They are social animals, remaining close to their families for the majority of their lives. They communicate with each other in ways we have yet to understand. Their capabilities, in fact, might be older than our own. Millions of years ago, well before the last common ancestor of the great apes (which humans have been linked to) was moving around the planet, whale brains underwent a rapid increase in size.

“If an alien came down anytime prior to about 1.5 million years ago to communicate with the ‘brainiest’ animals on Earth,” Lori Marino, an evolutionary neurobiologist at the Yerkes National Primate Research Center, told Wired magazine, “they would have tripped over our own ancestors and headed straight for the oceans to converse with the dolphins.”

Still, though, it’s not often that a humpback whale saves a human life. They’re known to be altruistic creatures, regularly protecting other animals from threat with no perceived benefit to themselves. And that’s exactly what happened a few years ago to whale scientist Nan Hauser.

Above, she tells the incredible story of how a humpback saved her from a potential shark attack — and perhaps even more incredibly, what happened when they met again.

Join our community of contributors.

Top 10 beaches in the US, according to Tripadvisor