Things to do in Port Sudan 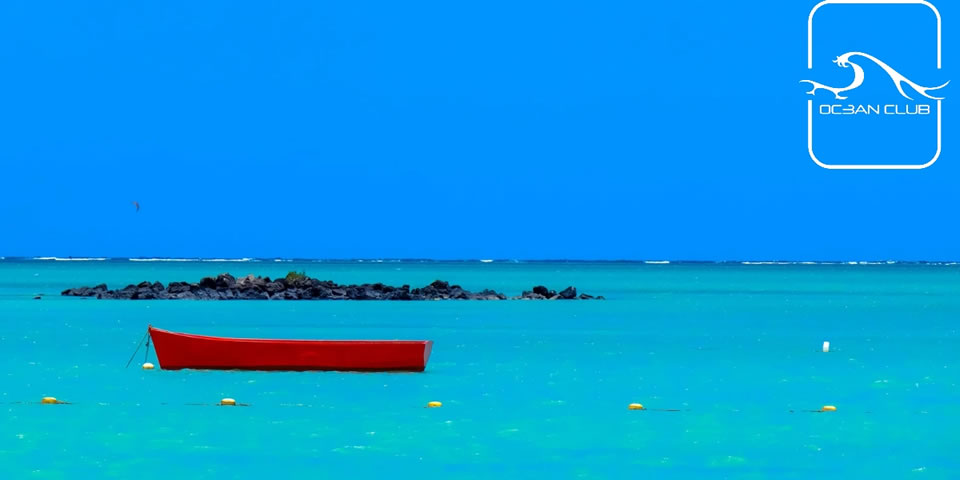 The Red Sea State ولاية البحر الأحمر (Wilayat Al Baḥr al Aḥmar) is one of the 18 states of Sudan. The original inhabitants of the state are Beja people, who constitute above 65% of the current population with lower wealth and power in the region. Geographically, in the east, bordering the state, is the Red Sea. Inland, mountains run from north to south, which are interrupted by arid plains. To the northwest is the Nubian Desert. The Siyal Islands are located in the disputed area between Egypt and Sudan in the northeast.

Port Sudan بور سودان, (Būr Sūdān) is a port city in eastern Sudan, and the capital of the state of Red Sea. As of 2007, it has 489,725 residents. Port Sudan is located on the Red Sea, and it is recognized as Sudan's main seaport.

The city has an oil refinery and handles the majority of the country's international trade. Major exports include oilseed, senna, and hides and skins. Imports include construction materials, heavy machinery, and vehicles.

The city has a modern container-port to handle imports and exports. The port is part of the 21st Century Maritime Silk Road that runs from the Chinese coast via the Suez Canal to the Mediterranean, there to the Upper Adriatic region of Trieste with its rail connections to Central and Eastern Europe.

The main airport is Port Sudan New International Airport. There is now a tarred road linking Port Sudan to Khartoum via Atbara. Port Sudan also has a rail link with Khartoum. There is also an international ferry from Jeddah.

The city is home to the Red Sea University, established in 1994.

Places of worship are predominantly Muslim mosques, but there are also Christian churches and temples including the Roman Catholic Archdiocese of Khartoum (Catholic Church), Sudan Interior Church (Baptist World Alliance), and Presbyterian Church in Sudan (World Communion of Reformed Churches).

Port Sudan has a hot desert climate with extremely hot summers and moderately hot winters, requiring the acquisition of fresh water from Wadi Arba'at in the Red Sea Hills and from salt-evaporating pans. Temperatures can easily exceed 30°C (86°F) in winter and 45°C (113°F) in summer. Over 90% of the annual rainfall falls between October and January, mostly in November, with the wettest month on record being November 1947 with 182 millimetres (7.2 in), whilst the wettest year was from July 1923 to June 1924 with 231 millimetres (9.1 in). Average annual rainfall is 76 millimetres (3.0 in), and no rainfall occurred between January 1983 and June 1984. The mean temperature year round (the average of all daily highs and nighttime lows) is 28.4°C (83.1°F).

Port Sudan is the capital of the state of Red Sea and Sudan main seaport.

Suakin or Sawakin سواكن (Sawákin, in Beja: Oosook) is a port city. It was formerly the region's chief port, but is now secondary to Port Sudan, about 50 kilometres north. Suakin used to be considered the height of medieval luxury on the Red Sea, but the old city built of coral is now in ruins.

Halaib حلايب (Ḥalāyib), is a Red Sea port and town, located in the Halaib Triangle, a 20,580 km2 area disputed between Egypt and Sudan. The town lies on the southern tip of what Egyptians refer to as the Red Sea Riviera and the north eastern corner of Sudan's Red Sea State and is near the ruins of medieval ʽAydhab. Sudan claims, but does not control, the Halaib Triangle.

Tokar طوكر also transliterated Tawkar, is a town of 40,000 people near the Red Sea in northeastern Sudan. Tokar Game Reserve lies to the east of the town. The high temperature mean daily value, in the month of July, can reach 43°C or 109.4°F, the low temperature mean daily value does not go under 28°C or 82.4°F. The town lies in the delta of the Baraka River. Since the 1860s cotton has been grown in the delta.

In terms of ethnicity, most of the State’s population belong to the Beja tribe and its main sub-groups of Amarar, Bishariin, Hadendowa, Beni-Amer, Ababda, as well as small size deanships, including the Shi’ayaab, Kumaylaab, Artayga, Ashraf, and Halenga. Whilst the Hadendowa, the Bisharyyin and Amarar constitute the ‘Beja proper’, all these groups are considered part of the ‘Beja confederation'. Hadendowa reside in the area between Sinkat and Gash, while the Amarar and Bishariin reside in Halaib. Tokar is primarily the home of the Beni-Amer and the far south, next to Kassala State, is home for the Halanga. The Bishariin reside in the northern area, while the Ababda reside around Port Sudan (Atkinson 2005). The Bisharyyn are the most common ethnic group in Dungonab village. In Mohamed Qol the most common ethnic group is the Amar’ar, although there is a great deal of overlap in both areas (Harrison & Samoilys, 2007).

The Beja’s three main groups, namely Amarar, Bishariin, and Hadendowa, share a common language and culture relating to the management of their surrounding environment, land and resource ownership and kinship. TuBedawiye, an unwritten Cushitic language, is the traditional language spoken by the Beja. Partly because it is unwritten, the language is slowly being eroded by the use of Arabic, especially amongst the younger and urbanised populations. Some of the Beni Amer are TuBedawiye speakers, while others speak Tigre. Other groups in the region, including the Helanga of Kassala and other smaller regional tribes, speak a ‘pidgin’ form of TuBedawiye.

The Rashaida is a large family Arabic tribal group, distinct from the Beja. They arrived in the Red Sea State in the 1920s. Today, Rashaida are mainly found in informal traditional settlements in South Tokar and outside Port Sudan. Other ethnic groups in the Red Sea State include early West African settlers, Eritrean refugees and asylum seekers. Among the IDPs of RSS, approximately 58% originate from northern states, 17% from Kordfan, 8% from central states and 5% from Darfur (Biswas et al 1995, ICZMO 2008).

One of the most outstanding features of northern/central Sudanese waters are the extremely healthy populations of globally threatened sharks and rays. In winter months, especially from November to April, scalloped hammerhead sharks (Sphyrna lewini) tend to form large schools at the south-west and north-east points of Sanganeb Atoll.

Dungonab Bay Mukkawar Island National Park hosts a large population of manta rays estimated to be composed of several hundred individuals. There are very few manta ray aggregation sites known globally, and this is the largest population known from the Red Sea to date. There are two species of manta ray found in the park the smaller reef manta (Manta alfredi) and the larger oceanic manta (Manta birostris). Both species are listed as ‘Vulnerable’ on the IUCN Red List and were recently added on the CITES list (Convention on International Trade in Endangered Species of Wild Fauna and Flora).

Sanganeb is home to large numbers of cetaceans, and especially resident populations of dolphins. At least three species of dolphin (bottlenose dolphin, the common dolphin and the spinner dolphin) can be found here. Humpback whales (Megaptera novaeangliae) and pilot whales (Globicephala macrorhynchus) or false killer whales (Pseudorca crassidens) have been said to visit during the winter months, making Sanganeb Atoll Marine National Park a great potential site for both dolphin and whale watching.

The dugong (Dugon dugon) is a globally threatened species, with the Red Sea and Arabian Gulf being home to the largest remaining healthy populations in the western Indian Ocean region. These shy animals feed on seagrass so they are often found close to seagrass meadows. Within Dungonab Bay and Mukkawar Island National Park, dugong sightings have been most commonly reported from Dungonab Bay, but they have also been observed around Mukkawar Island and the area around Sheikh Okod.

Both green turtles (Chelonia mydas) and hawksbill turtles (Eretmochelys imbricata) can be seen around Sanganeb Atoll Marine National Park. All species of marine turtles are globally threatened. The hawksbill turtle which is classified as ‘Critically Endangered’ is frequently sighted in the waters of Sanganeb Atoll.

Beaches throughout Dungonab Bay and Mukkawar Island National Park, but particularly those around the islands, are important turtle nesting grounds. Both green turtles (Chelonia mydas) and hawksbill turtles (Eretmochelys imbricata) are commonly observed foraging throughout the park, and both these species and loggerhead turtles (Caretta caretta) nest in the park.

Sanganeb Atoll Marine National Park is home to over 300 species of coral reef fish. As with the coral reef, the diversity and abundance of fish life is one of the key natural resources in the park. The most important reef fish found in the Atoll are the Bumphead Parrotfish (Bolbometopon muricatum), Napoleon Wrasse (Cheilinus undulatus) and Groupers (Serranidae), all of which are subject to serious over-fishing elsewhere in the world and which are becoming increasingly rare on a global scale. The Bumphead Parrotfish is now recognized as threatened and classified as ‘Vulnerable’. The Napoleon Wrasse is also recognized as threatened and classified as ‘Endangered’.

Sanganeb Atoll Marine National Park is renowned for its beautiful and unique coral reef which are among the best in the Red Sea. Sanganeb’s reef rises from 800m depth to the surface. The reef itself, has one of the richest displays of hard and soft corals in the Red Sea, and supports a total of 124 coral species.

At least six bird species can be found at Sanganeb, including the regionally endemic white-eyed gull (Larus leucophthalmus), that is classified as Near-threatened on the IUCN Red List.

The park was awarded international recognition as both an Important Bird Area with more than 20 bird species recorded in the area. The park hosts breeding colonies of osprey, sooty falcon, sooty gull, white-eyed gull, bridled tern, white-cheeked tern and crab plover. The sooty falcon and white-eyed gulls are both recognized as Near-threatened. The crab plover (Dromas ardeola) is only found in the Red Sea and East Africa. Other species are also found in the park include the Goliath heron, spoonbills and flamingos. Every island, from the largest to the smallest, is a nesting site for at least one, and more species of bird.

Seagrass beds are specially adapted marine plants, and they are widespread throughout Dungonab Bay and Mukkawar Island National Park. There are at least eight species that have been recorded including: Syringodium isoetofolium, Halophila stipulacea, H. ovalis, Halodule uninervis, Enhalus aceroides, Cymodeocea rotundata, Thallasodendron ciliatum and Thalassia hemprichii. The seagrass beds are both of national and regional significance, particularly because they are the main food for the population of globally endangered dugong found here.

Sudan has five main vegetational belts in succession from north to south, more or less in coincidence with rainfall patterns. The desert region in the north is followed southeastward by semi-desert, low-rainfall and high-rainfall savanna (grassland) with inland floodplains, and mountain vegetation regions. The desert region, with hardly any rainfall, supports permanent vegetation only near watercourses. The semi-desert, with minimal rainfall, supports a mixture of grasses and acacia scrub. Farther south appear low-rainfall savannas that consist of grasses, thorny trees, and baobab trees. Acacia trees dominate these savannas, with one species, Acacia senegal, yielding the gum arabic which was long one of Sudan’s principal exports. The high-rainfall savannas of southern Sudan are more lush, with rich grasses along the Nile that support a large number of cattle. There are intermittent woodlands that dot this belt.

Life in Sudan, Weekly Update #opredsea
Sudan's coral reefs: Locals hope tourism can protect marine life
The Rise, Fall and Underestimated Rule of Kush
The Vault | Research & Mapping Wingate Reef Week 1
Noori & His Dorpa Band, “Beja Power! Electric Soul & Brass from Sudan’s Red Sea Coast”
Google Maps now allows you to explore one of the world's "best-kept secrets"
Yemen Is Sitting on a Time Bomb Bigger Than the Exxon Valdez
The Nubian Pyramids: What To Know About The Pyramids Up The Nile