Red flags for snorkellers: how to stop the quiet deaths - Divernet 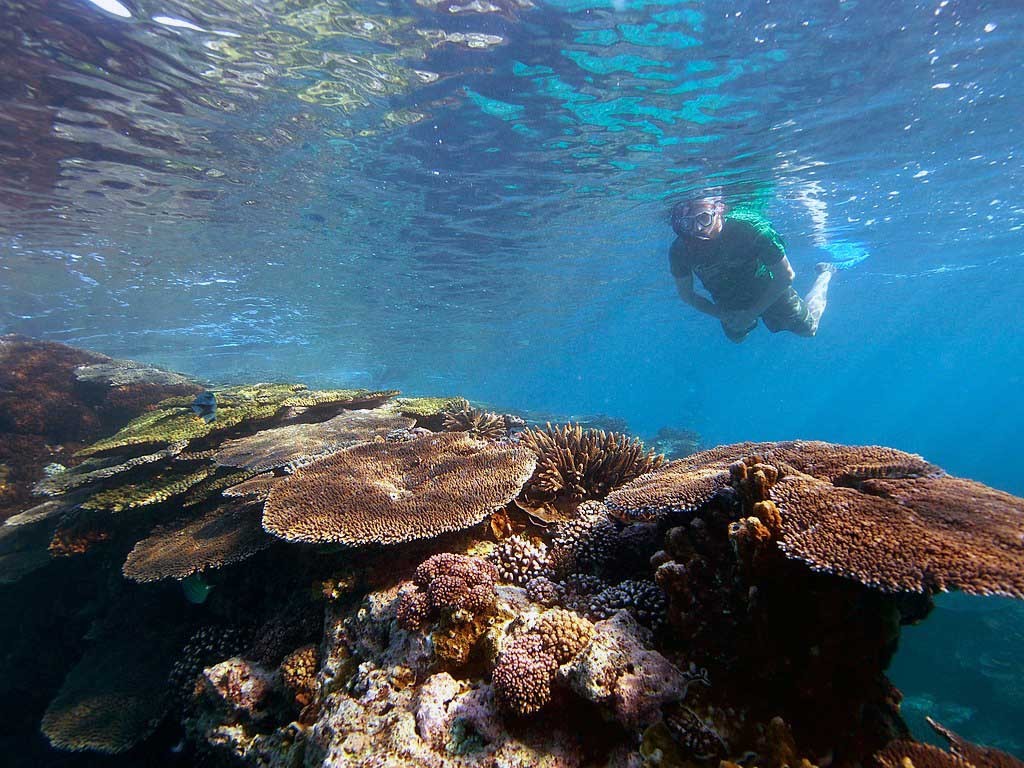 Snorkelling is essentially a safe pastime – but the conclusion of the final report from Hawaii’s Snorkel Safety Study is that IPO (Immersive Pulmonary Oedema) is a hidden danger that can render that pastime lethal unless a number of red flags are heeded.

The study was prompted by the worrying number of snorkelling deaths that occur in the Pacific island state. In the nine years up to last year, 204 people are known to have died while snorkelling, more than in any other water-based activity (by comparison, 25 died while scuba-diving and 49 freediving in the same period). All but 20 of those snorkellers – 90% – were tourists.

IPO, sometimes known as “drowning from inside”, is the infusion of bodily fluid into the lungs, reducing their capacity to deliver oxygen and leading to hypoxia. Pulmonary oedema can occur within minutes.

The primary difference between IPO and external drowning is the absence of a struggle, but post mortem examinations can easily fail to distinguish between the two, because both result in fluid-filled lungs and death by hypoxia.

Typically victims in Hawaii would become unresponsive and motionless close to shore, in calm conditions, sometimes soon after entering the water and without showing any signs of distress.

A year ago Divernet published an extended feature based on the interim report of the Snorkel Safety Study entitled The Hawaiian Snorkelling Deaths Mystery. Now the study has ended, with the research team concluding that IPO (referred to in the report as Rapid Onset Pulmonary Edema or ROPE) leads to “some, possibly most, fatal and non-fatal snorkel-related drownings”.

“This conclusion is borne out by physiology, case studies, medical records and first-hand accounts,” say the researchers.

For decades Hawaii’s Department of Health had collected data on drownings and had grown increasingly concerned about the high incidence of snorkel-related incidents occurring among tourists in apparently unchallenging conditions.

Popular belief was that holiday-makers were likely to be poor swimmers, lacking snorkelling experience and to be generally older and more unfit than Hawaiian residents. Another theory was that carbon dioxide build-up resulting from the increasing popularity of full-face snorkelling masks could be a factor.

In 2017 the department set up a Snorkel Safety Sub-Committee to address these concerns by producing an expert report. This was later funded by the Hawaii Tourism Authority, and a survey was launched of people who had experienced but survived snorkelling IPO, as well as witnesses to fatal incidents. Publication of the interim report was used to encourage more people to respond to the survey.

Project director Carol Wilcox, herself a snorkel drowning survivor, tells Divernet that “the majority of the survey was taken during Covid, when there were no visitors here. Once they started to return we got a greater proportion of visitors [taking part] – and, sadly, more deaths”.

A total of 131 respondents participated in the survey. While typical fatalities had been middle-aged male tourists, those surveyed were more likely to be from Hawaii, younger than 55 and fairly evenly split between the sexes.

Wilcox said that younger snorkellers were “much more apt to survive, not only because they are stronger and generally have deeper resources, but because the major health-risk factor is elevated diastolic dysfunction, which quite typically develops as one gets older.”

“Then, too, experience counts because a new snorkeller might think that a shortness of breath is normal until it’s too late.

“As more surveys came in, the negative impact of increased exertion while snorkelling became more evident, and that corresponds with the importance of being able to touch bottom if possible,” said Wilcox. As a result of these “more nuanced findings”, she said that the safety messages now being passed on to snorkellers had been expanded and refined.

The survey confirmed the correlation of drownings with cardiac disease, often previously undiagnosed. There was very little indication of drugs or alcohol being factors, and CO2 build-up was not considered a physiologically viable explanation.

One of seven risk factors identified was the design of the snorkel tube itself, when it generated a high degree of resistance to inhalation.

Snorkels and full-face masks are produced with a wide range of inbuilt airflow resistance, which increases with exertion. The survey’s principal investigator, pulmonologist Philip Foti, designed a Snorkel Airway Resistance Analyser to measure the inbuilt resistance and tested 49 snorkels, including four full-face masks. He concluded that the simpler the snorkel the less resistance generated – and that this was not always apparent from a visual inspection.

Inhaling through a narrow tube can result in significant negative transthoracic pressure, a vacuum phenomenon that draws fluid from surrounding capillaries into the airspace of the lungs. Resistance can be exacerbated by the snorkeller’s typically prone position in the water.

Full-face masks were found to pose no inherent advantage or disadvantage in terms of IPO, although they presented other challenges in terms of being more difficult to clear or remove in an emergency or to use for duck-diving, while valve malfunction could lead to serious aspiration consequences, according to the report.

Post mortem reports and case studies confirmed that heart conditions, especially “elevated left ventricle end diastolic pressure”, were a significant risk factor. Diastolic dysfunction, which is asymptomatic but common in middle-aged people, could be indicated by a medical history of high blood pressure.

The researchers have called for further specialist research into another risk factor that they feel has emerged as significant – that recent prolonged air travel could play a part in IPO incidents as a result of exposure to reduced pressure.

Most visitors to the islands have spent at least five hours and often far longer at cabin pressure equivalent to up to 2600m elevation, but could be snorkelling within hours of flying in. The researchers believe that this could alter permeability of the lungs’ mechanisms that normally block development of IPO, but emphasise that at present this remains a hypothesis.

A new factor that emerged between the interim and final reports is that snorkelling from boats could also be a risk factor. When jumping into the water out at sea there is little time to acclimatise to the equipment, temperature and conditions, say the researchers, while a snorkeller unable to touch the seabed might exert extra effort.

Back from the brink

Would-be snorkellers are advised to simply desist if they can’t swim or have any sort of heart condition.

Others should consider waiting two or three days after extended air travel before snorkelling. They should avoid snorkels with constricted airways, and familiarise themselves with their equipment in the shallows and be confident before moving into deeper water.

Ideally they should swim with a buddy, keeping an eye on them and also checking their location every half-minute or so. And they should take care not to increase their level of exertion while breathing through a snorkel (which, as any diver who takes part in big-animal surface encounters on snorkel knows, can be difficult advice to follow).

The first indications of IPO are typically shortness of breath, fatigue, confusion and weakness, with contributors to the survey also reporting panic, nausea and racing heart.

Unless interrupted, unconsciousness and death can ensue in minutes, and because hypoxia results in loss of neurological and muscular function, the snorkeller is likely to be unable to signal distress.

Advice to a snorkeller who suddenly becomes short of breath or fatigued is to remove their mask and snorkel, signal for help, turn on their back, get calm, breathe slowly and, if out of their depth, kick to where they can touch bottom. They should get out of the water as soon as possible.

Supervisors should look out for snorkellers who stop moving for long periods, are on their back, lagging behind a group or report being tired or short of breath. After encouraging them to take the self-help steps above they should pull them to safety, call for help as appropriate, prop them in a sitting position and administer oxygen.

The committee says that while its findings are compelling, “more rigorous” scientific studies are needed to verify them because “until that happens, agencies will be hesitant to adopt them into their programmes”.

Read the final reports of the Snorkel Safety Study.

Also on Divernet: Diving Instructor Cleared in ‘Safety Stop’ Death Case, Malta Dive Pro Cleared Of Manslaughter, Hydration Is Vital, Sure – But Here’s Why Overdoing It Is Risky