The Rise, Fall and Underestimated Rule of Kush

The Kingdom of Kush ruled for nearly 2.5 millennia. Its inhabitants built hundreds of pyramids, developed their own alphabet and even conquered their neighbor Egypt. The Kushites also had a strong tradition of revering and respecting female leadership.

But for many archaeologists, the Kingdom of Kush has stayed in the shadows of Egypt, often relegated to nothing more than an ancient footnote in Egypt’s thousands of years of pharaohs, monuments and history. This perspective carries some colonial prejudice, overlooking the development of sophisticated civilization, industry and culture deeper within Africa.

“One of the pitfalls of this kind of work is only to give the Kushites importance as it relates to Egypt,” says Geoff Emberling, an archaeologist at the University of Michigan who has studied Kush for years. “There’s this long history of colonial, racist misreadings or underestimates of the power of Kush and of its importance.”

The prevailing underestimation of Kush is so prominent that the civilization is often referred to as the Nubian culture, a name that was only applied erroneously by outsiders to the whole region in a later period.

The first appearance of Kush occurs in Egyptian texts written in roughly 2000 B.C. At that point, the Kushites themselves didn’t have a system of writing, so it’s difficult to know how long the civilization had been around before then. The civilization is mentioned in the inscriptions of pharaohs and on Egyptian figurines that were meant to be broken to curse enemies.

The capital city at that time was Kerma, which has been the source of extensive archaeological research — perhaps one of the best excavated sites in Sudan, Emberling says. The city is built around a central temple area, and has a massive cemetery with around 40,000 burials, he estimates. The Egyptians perhaps had reason to fear Kerma, since many of the more lavish burials were those of warriors, replete with bronze daggers, bows and arrows.

Kush’s early phase reached the peak of power before 1500 B.C., when Egypt was in an intermediate period after its Middle Kingdom ended in roughly 1800 B.C. Kushites took advantage of this wavering in power, expanding in territory and raiding deep into Egyptian land. Emberling says that some of the biggest royal burials in Sudan dating to this time contain the spoils of these raids on Egyptian land — things like stolen statues of Egyptian noblemen and noblewomen.

The good times didn’t last for Kush, though. Once the Egyptians reorganized under the New Kingdom, they wasted no time in fighting back against their neighbors. Egypt conquered all of Kush by 1450 B.C., Emberling says, at which point Egyptian statues built in Kush begin appearing in the archaeological record.

Egyptians ruled over Kush for about 400 years until their New Kingdom winded down. The Kingdom of Kush at this point reorganized as well, with power concentrating in the city of Napata, Emberling says. The Kushites continued to rise in power, raiding north until they conquered all of Egypt in in the eighth century B.C.

Prior to conquering Egypt, the Kushites typically didn’t have much representational art. It’s difficult to tell what kind of gods they may have worshipped, though there is some indication that a ram-headed deity figured high in importance there, Emberling says.

But as the Kushites gained control of Egypt, they also began to adopt many elements of Egyptian culture. “When the Kushites came back to power in 800 B.C., they really went all in on Egyptian religion,” Emberling says.

Key to this was the role played by Kushite women, who were often portrayed as powerful leaders. The given name “Candice” is derived from the Kush term Kandake, a title for the sister of the king and the one who would bear royal heirs. The representation of Kushite women was quite different in art from that of Egyptian women, Emberling says. “It’s probably not a coincidence that the queens are represented as big powerful women.”

The new leaders typically portrayed themselves as the inheritors of Egyptian tradition, as if the latter weren’t properly maintaining their own legacy, he adds. But there were a few notable differences in the way the Kushites operated.

One example is the way they treated their dead. They copied some elements of Egyptian funerary rituals, wrapping their bodies up, for example. But they seemed to want to maintain the integrity of their bodies, as they didn’t remove organs in a full mummification process. They weren’t just “copying Egyptian religion,” Emberling says.

Pyramids also begin to appear in Sudan at this point. Emberling says scholars generally agree that the first ones popped up when Kush was an Egyptian colony, with the burial of important Egyptian officials who died in Kush. The first royal burials we know of that the Kush built for their own royals occurred around 800 B.C. — nearly 700 years after the last royal pyramid was built in Egypt. The Kushites’ pyramids were different in shape and size, smaller than most Egyptian pyramids but much steeper. There were also far more of them built in Sudan; in fact the Kushites continued to use them as tombs until roughly A.D. 300.

Kushite kings remained on the throne of Egypt until Assyrians came down and drove them back to the Kush heartland in the 7th century. While Kush’s story ends there for many Egyptologists, the same dynasty that ruled from Egypt continued to hold power over parts of what’s now Sudan for nearly a millennium in the Meroitic phase.

In this period, the Kushites continued to build pyramids. New deities unfamiliar in the Egyptian pantheon began to appear as well as a lion-headed warrior.

While in Egypt, Kushites had adopted the use of Egyptian writing. But during the Meroitic phase, they created their own script, an alphabet-based system of writing that appeared in stone inscriptions and in some instances of daily use. The Meroitic script remains undeciphered today, but Emberling is hoping that his excavations at the Jebel Barkal site at Napata will turn up some remains of Meroitic side by side with Egyptian script or another known language so that scholars can crack it.

The Meroitic period wound down around the time that another powerful African kingdom began to rise in prominence. The Aksum Kingdom in northern Ethiopia in the 4th century A.D. had military skirmishes with the Kushites and competed for trade opportunities. Scholars don’t know definitively why Kush declined in prominence and eventually disappeared after A.D. 350. But Aksum may have played a role in the downfall and collapse. 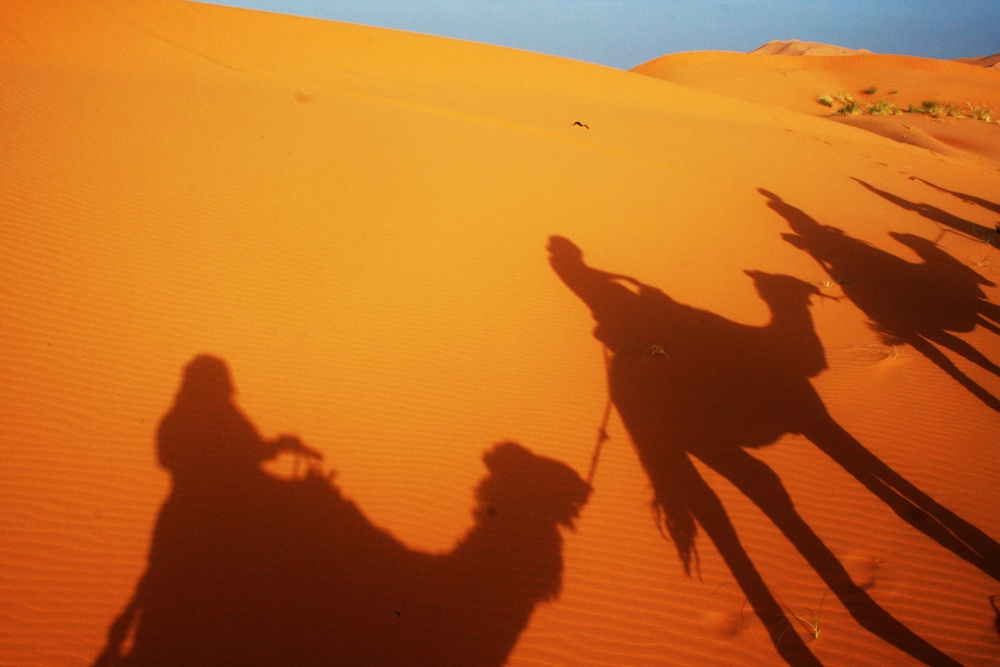