GOBLU3
Over the years there have been documentaries that have shaken the world to its very core, exposing the harmful and destructive practices that are wreaking havoc on the world's ecosystems. We've seen 2...
Read more
Octopuses, like humans, sleep in two stages, may dream - ARY NEWS
11 Gorgeous Lighthouses You Can Rent with Your Crew
A Photographer Marries the Worlds Above and Below the Water in a Single Frame | KQED
Eco-friendly $811m superyacht powered by solar-panel 'sails' unveiled
‘Becoming Cousteau’ Shows the Evolution of the Underwater Icon
Mako-Ing History: Uncovering Mako Shark Movements In The Gulf Of Mexico
Giant pristine coral reef discovered off Tahiti
BRP commits to complete electric line, jet skis, motorcycles, go-karts, more
World's largest aquarium nears completion in Abu Dhabi
Netflix’s New Documentary ‘Seaspiracy’ Is As Eye-Opening As It Is Terrifying
Subscribe to this blog post Unsubscribe
Print 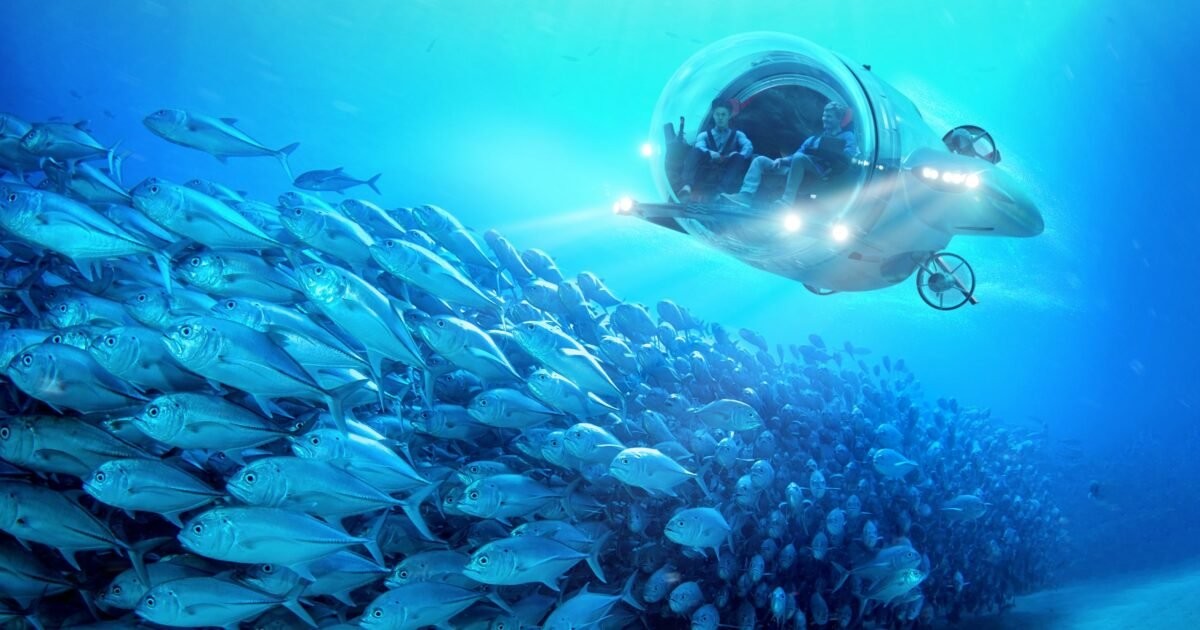 U-Boat Worx has released an electric sports submarine with the speed and zippy handling to run alongside large marine life. The bubble-cabin Super Sub, originally a custom commission, is nearly three times as fast as the average luxury submersible.

Pushing through water is hard work – just ask David Hasselhoff – and as a result, most private electric submarines are relatively sedate experiences. The Triton 3300/6, for example, moseys along at just 3 knots (3.45-mph/5.5-km/h), and even the super-sleek DeepFlight Dragon, with its F1-car looks, can only manage 4 knots (4.6 mph, 7.4 km/h).

What's more, unless you're in super-clear water near a shipwreck or a coral reef or some other interesting underwater attraction, there's often not a whole lot to look at under the surface. There's the magnificence of ocean wildlife, if it presents itself, but then when a big fish decides it's going to nick off on you, there's not much you can do about it.

With this in mind, U-Boat Worx has designed a new Super Sub capable of 8 knots (9.2 mph, 14.8 km/h). The company says this is "two knots faster than the top cruising speed of a bottlenose dolphin." Seaworld, for the record, says it's clocked bottlenoses going twice that fast, but perhaps they weren't cruising at the time.

U-Boat Worx has announced its fastest personal sub ever, the Super Sub

Look, let's not pretend 8 knots is going to make you an apex predator down there. Great white sharks may overtake you at up to three times that speed, and the real hooligan of the underwater world – the Sailfish – will be telling you to eat bubbles as it rockets past, improbably keeping up with fast-lane highway traffic on the surface. But it does give you a better chance than most of hanging with the odd fish down there, and you'll give a Manta Ray a run for its money.

Other than the 60-kW (80-hp) propulsion system and hydrodynamic design, the Super Sub ticks many of the typical private sub boxes; its three-seat cabin puts two people right in the middle of a clear acrylic bubble for panoramic views. There's auto-heading hold and auto-depth hold. Its "SHARC" controller doesn't just handle thrust and the motion of the hydrofoils at the back, it also causes a movable trim weight to move from the front of the vehicle to the back, so you can plunge-dive nose-down and head for the surface nose-up.

The Super Sub's 62-kWh battery has enough juice to last up to eight hours underwater between charges – and if something goes very wrong, there's life support for a minimum of 96 hours. One limiting factor here is depth – the Super Sub is only rated for depths of 300 m (984 ft), so even if you blast past your fellow billionaire in his Triton, you're gonna have to sit through his slideshow if you want to see what the bottom looks like in many places.

U-Boat Worx says it'll be delivering the original Super Sub commission in 2023, and that this model will "form a core part of the company's general range of submersibles," with several derivative models to follow. No pricing is available, but we imagine it'll be a reasonably significant line item on the total price of your next superyacht.