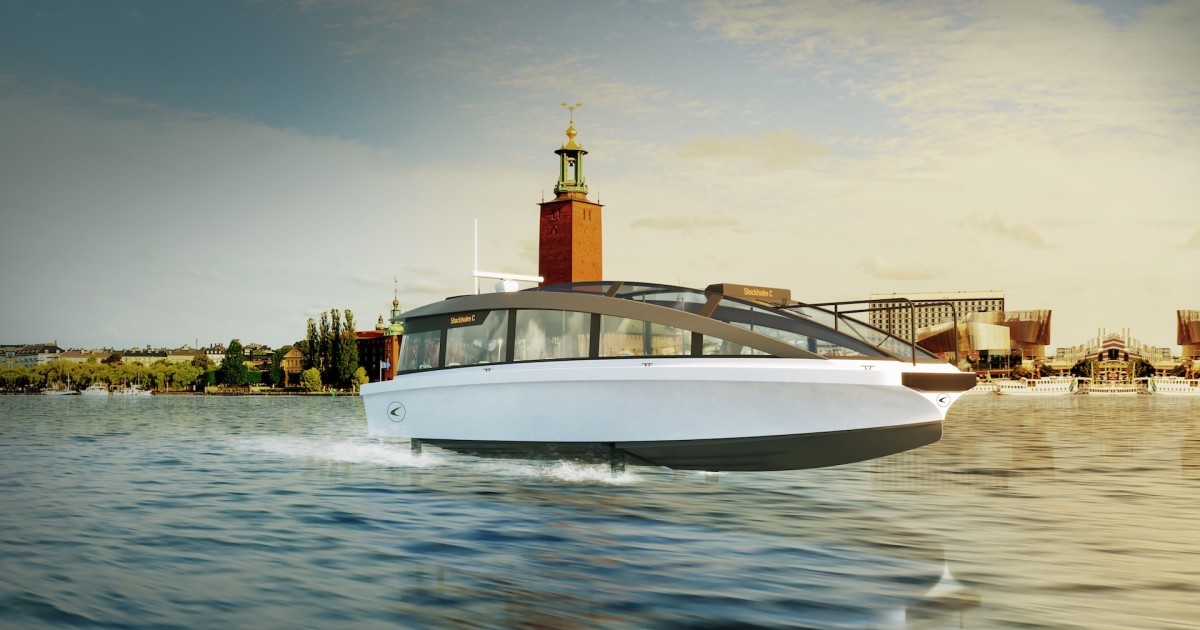 Swedish boat-builder Candela is looking to make some waves in the local water transportation scene with a fancy new foiling ferry it claims will be world-beating in a number of ways. The P-30 is designed to become the fastest all-electric passenger ship ever made, all while cleaning up the waterways and surrounding air by eventually displacing the diesel ferries currently servicing the city of Stockholm.

The P-30 will measure 40 ft (12 m) long, have enough space for 30 passengers and will be powered by a pair of 60 kW electric pod drives. These will propel the vessel to a top speed of 30 knots and a service speed of 20-25 knots, while the onboard 180-kWh lithium battery will offer a range of more than 60 nautical miles.

Candela's P-130 ferry will have space to accommodate 30 passengers

These specs, the company says, will make the P-30 not just the fastest electric passenger ship in the world, but also the first to offer a long range. This is largely due to an onboard computer that assess the boat's pitch and roll a hundred times per second and makes adjustments to the hydrofoils to keep it level and skimming smoothly across the water.

This not only cuts the energy consumption by around 80 percent compared to the fast ferries in action today, Candela says, but keeps the boat stable and reduces the wake to virtually nothing. This means the P-30 will be able to travel through urban waterways at higher speeds than other passenger boats, without causing damage to other vessels or surrounding structures.

“Today, most of our waterways are unused for mass transit, even though most highways are congested during rush-hour traffic," says Gustav Hasselskog, founder and CEO of Candela. "Opening up urban waterways for high-speed electric transport can revolutionize commuting in cities such as San Francisco, Seoul or Amsterdam – at a very low cost. There’s no need to build new infrastructure.”

Sea trials for the P-30 are expected to kick off in 2022 in Stockholm, with the commencement of commercial operations slated for 2023.

"Our goal is to prove that our electric hydrofoil ferries are much cheaper, more comfortable and a lot more versatile than conventional vessels. It’s not just an alternative to other ships, but a whole new take on of public transportation.”