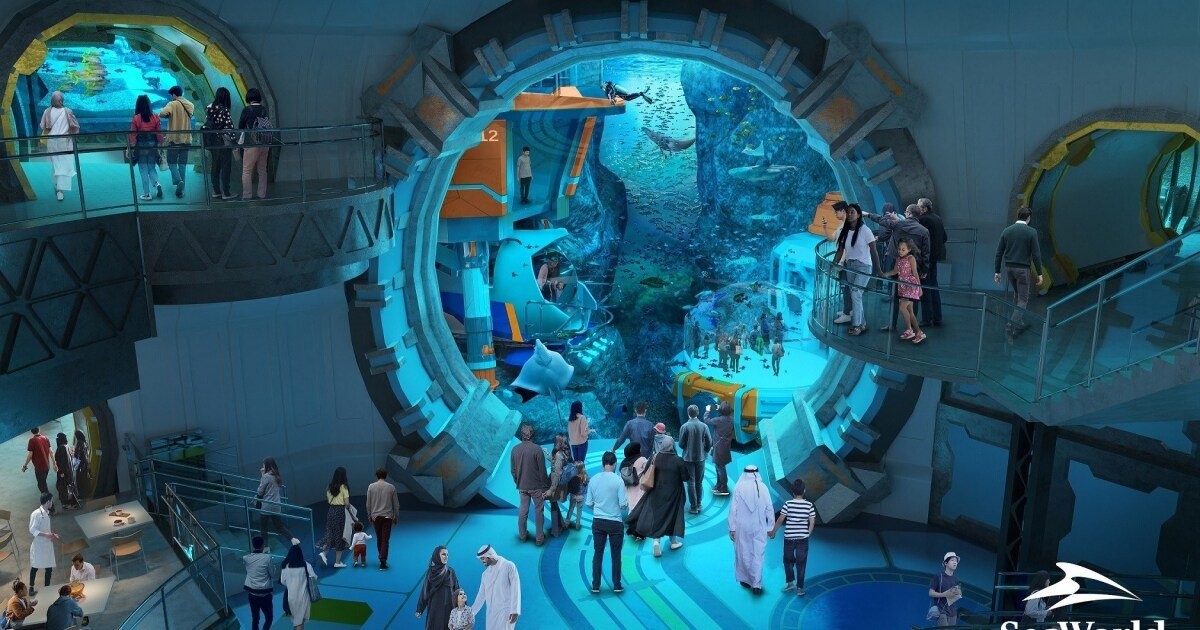 Alongside the park will be the Yas Island SeaWorld Research and Rescue Center, which will become the United Arab Emirates' first dedicated marine research, rescue and rehabilitation center. Here, visitors will be able to learn about the work of resident scientists, and take part in education programs around animal species that call the ocean home.

"We are delighted to be partnering with SeaWorld Parks & Entertainment in developing this next generation marine life park, that is set to feature the world's largest marine aquarium and the UAE's first dedicated research center to study and care for animals," says Mohamed Abdalla Al Zaabi, CEO of Miral, the development firm behind Yas Island. "This is another major addition to Yas Island's existing immersive experiences and attractions, and a testament to achieving our vision of positioning the island as a top global tourism destination for residents and visitors alike."

The primary steel structure is now finished for SeaWorld Abu Dhabi, with overall construction said to be 64 percent complete. The job is expected be be finished in 2022.