THE MOST LUXURIOUS CRUISE LINERS IN THE WORLD 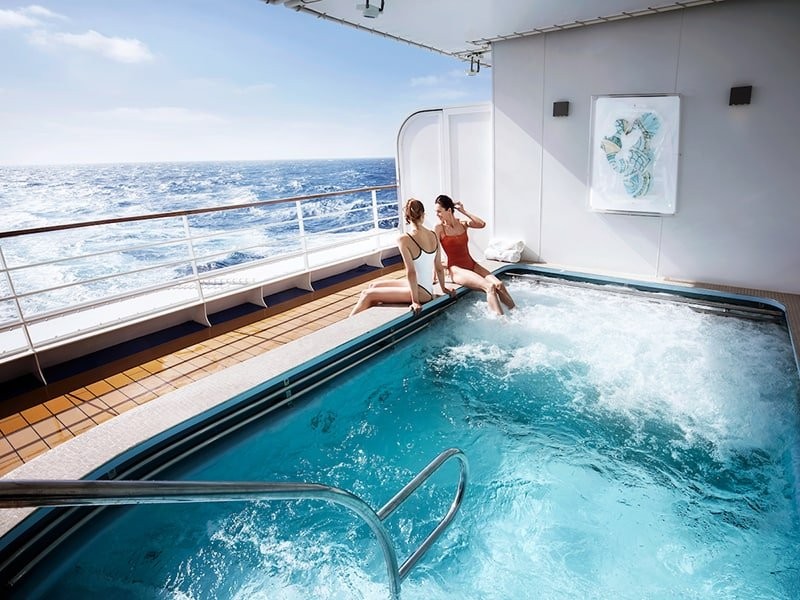 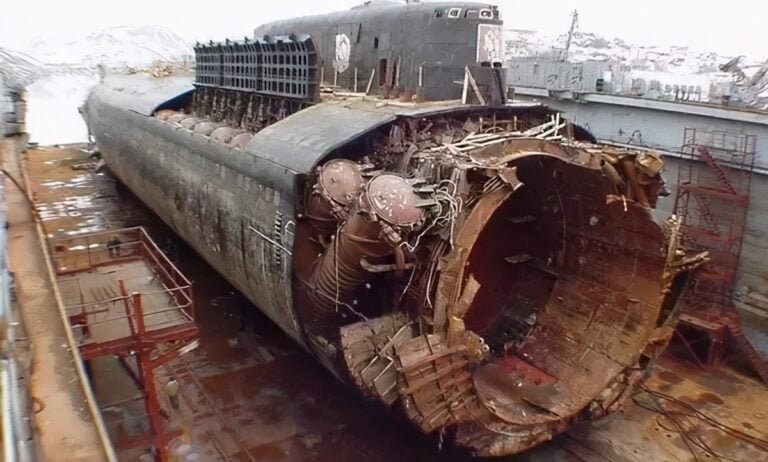 Since the Second World War, the United States, Russia and China—and a host of other nations—have lost vessels and their crews to accidents. Operating submarines is a risky business under the best of circumstances—and will likely remain so. Even the highest technology nuclear submarines can end up on the ocean floor if the crew isn’t careful or the technology fails.

Here are some of the worst submarine disasters of the past several decades.

Perhaps the worst submarine disaster in recent memory was Russia’s loss of K-141 Kursk, which was a Project 949A Antey-class (Oscar II) nuclear-powered guided missile submarine.  The massive 16,000-ton submarine was destroyed in a massive explosion on August 12, 2000—which killed all 118 members of its crew.

Kursk’s wreckage was eventually recovered and the accident was ultimately traced to the Type-65-76A torpedo. Though the weapon is powerful enough to destroy an aircraft carrier with a single hit, the Soviet Union inexplicably designed the torpedo to run on hydrogen peroxide fuel, which is highly volatile and requires careful handling. Unfortunately for Kursk’s crew, they apparently had neither the training nor the experience to handle those weapons. 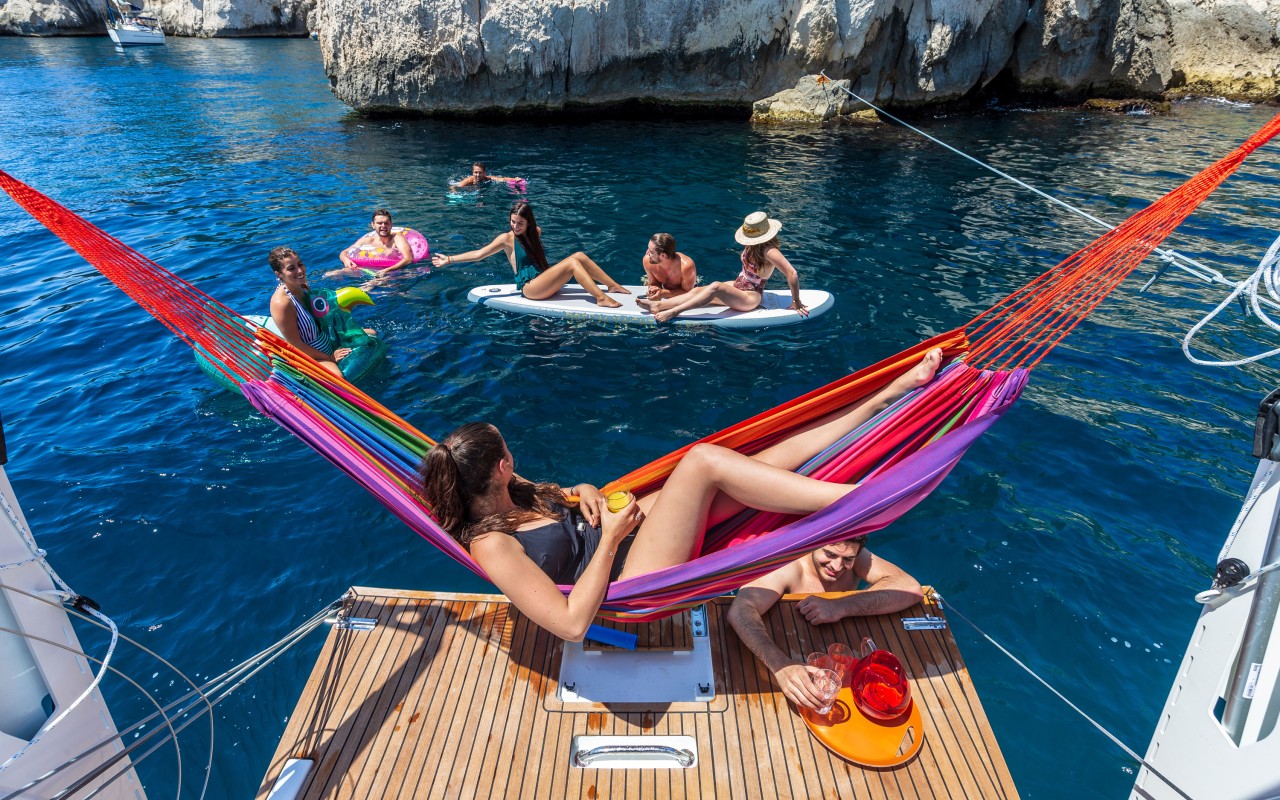 Year-round exposure to the sun and the double-hit of rays reflecting off the water means that sailors have a high risk of skin damage, making sun protection key onboard.

Liveaboards and those who regularly cruise in the tropics will know the value, indeed necessity of fitting quality biminis and awnings, as well the requirement for ventilation below decks.

For those of us who are more sun-deprived and crave some vitamin D, or for when fitting biminis for a short summer season is less practical, then protecting yourself and each crewmember individually from the damaging effects of UV is invaluable. The radiation emitted by the sun is an invisible killer, which can pass through clothing and is responsible for 90% of melanoma skin cancers.

Yachts are a synonym with luxury and flight of the fancy, and this incredible-looking concept yacht is all of that with something special that has never been seen in the past. A large void right in the middle just like a hole in the needle.

Lazzarini Design is known for its eccentric future-forward creations, superyachts in particular. Founder Pierpaolo Lazzarini pushes the envelope of design, modeling, and engineering with every concept design of his – the latest one being right up there with his best concept ideations. Christened “The Shape” this superyacht breaks all the fundamental rules of sailing and yacht design that we’ve seen so far. It has a gaping hole right in the middle (just like the ones in modern skyscrapers) that serves as the sun deck and a never-before-seen unique visual attraction. How it will address the turbulent seas when the weather is hostile, is a question for another day!

The beastly concept is 69 meters long and having a draft of 3.90 meters yacht offers a living area of 35 meters past the void. It has three decks hidden in the colossal structure – the first floor having the suites, the second one being the shared living space, and the command center on the third. There will be three small pools on the aft deck and a normal-sized beach club if ever it makes it to the real world. Just above the gaping hole is the glass-bottom swimming pool which will be another eye-popping lure on-board.

There’s not much space to give the yacht enough room for things like a big nightclub, cinema room or an expansive gym – but then the huge deck could be used for socializing or enjoying the open view on a sun-baked day or starry night. The Italian design studio doesn’t provide much information on the propulsion system but we assume it is going to be a hybrid propulsion system that is in part powered by the solar panels on the sundeck.

Everything said “The Shape” superyacht will be the preferred toy for billionaires who want to enjoy the calm waters with their close ones. A machine that is good-looking and made for magazine covers – the perfect recipe for people who like to be in the spotlight of things! 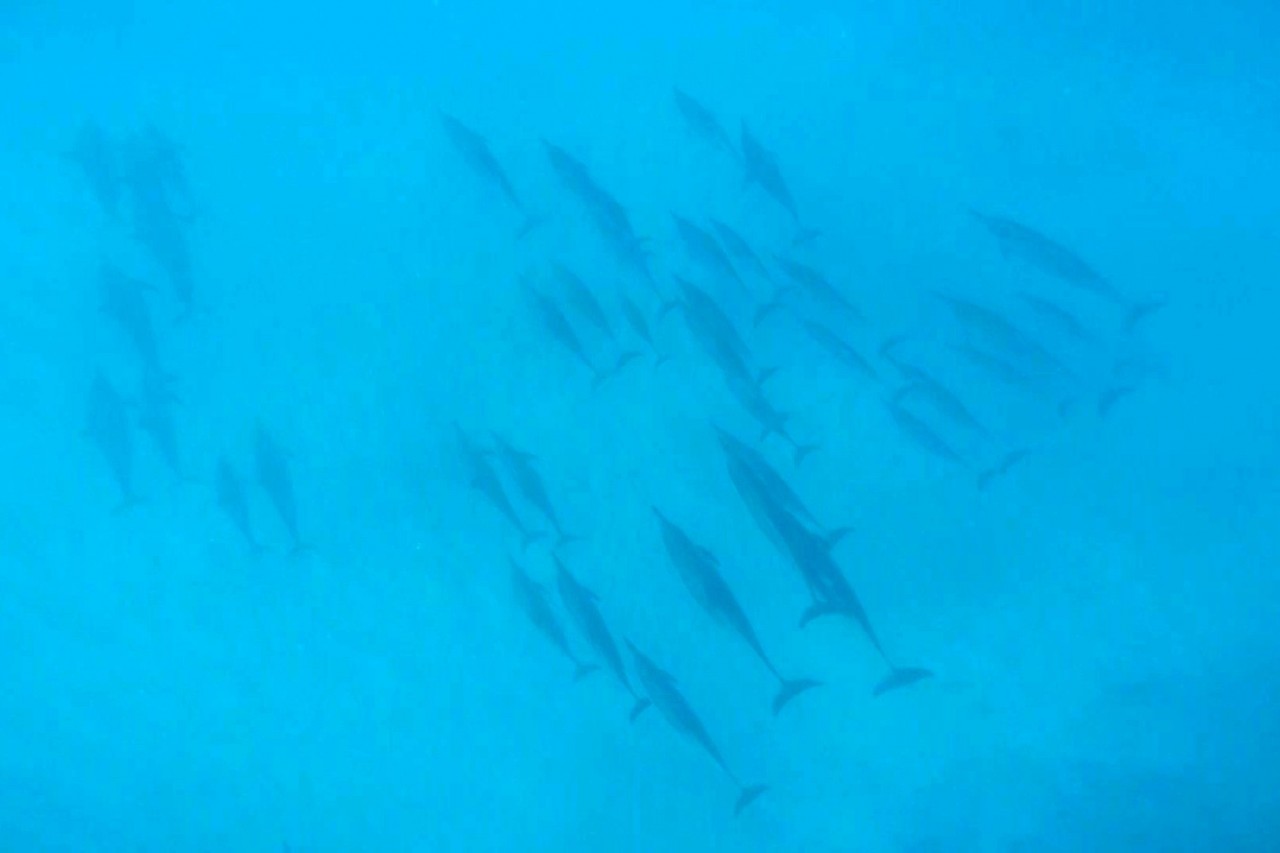 FILE - In this undated file photo provided by NOAA Fisheries, spinner dolphins swim in Hawaii. Federal regulators on Tuesday, Sept. 28, 2021, banned swimming with Hawaii's spinner dolphins to protect the nocturnal animals from people seeking close encounters with the playful species. Swimming with dolphins is a popular tourist activity in Hawaii. Several companies offer dolphin tours that take swimmers to areas frequented by dolphins with the aim of giving them an opportunity to get in the water with the animals. (NOAA Fisheries via AP, File)

FILE - In this undated file photo provided by NOAA Fisheries, spinner dolphins swim in Hawaii. Federal regulators on Tuesday, Sept. 28, 2021, banned swimming with Hawaii's spinner dolphins to protect the nocturnal animals from people seeking close encounters with the playful species. Swimming with dolphins is a popular tourist activity in Hawaii. Several companies offer dolphin tours that take swimmers to areas frequented by dolphins with the aim of giving them an opportunity to get in the water with the animals. (NOAA Fisheries via AP, File) 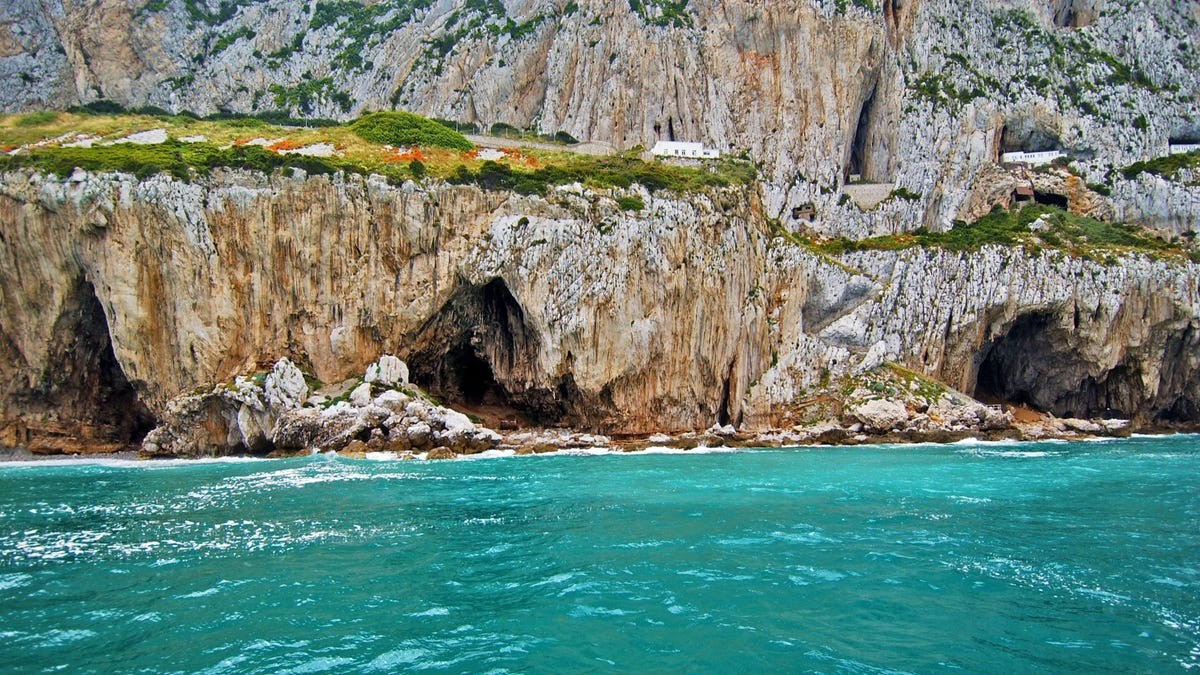 An effort to find hidden passages and chambers at the Gorham’s Cave Complex in Gibraltar has paid off after nearly 10 years of searching.

Neanderthals and modern humans lived in the Gorham’s Cave Complex for millennia, leaving fossils, tools, evidence of campfires, the remains of butchered animals, and even early artworks in the form of scratched patterns. The cave complex was declared a UNESCO World Heritage Site in 2016 on account of it being “an exceptional testimony to the occupation, cultural traditions and material culture of Neanderthal and Early Modern Human populations through a period spanning more than 120,000 years.”

Located on the eastern side of the Rock of Gibraltar, the complex consists of several caves, including Vanguard Cave, Hyaena Cave, and Bennett’s Cave. Researchers with the Gibraltar National Museum launched a project in 2012 to collect better measurements of the cave and to search for unknown passageways and chambers hidden by steadily encroaching sediments. It took nearly 10 years, but the team, led by evolutionary ecologist Clive Finlayson, has finally found something of significance.

“Several weeks ago archaeologists from the Gibraltar National Museum, nine years on, discovered a large chamber at the very back of Vanguard Cave,” according to a press release. “Preliminary investigation has revealed a 13-metre [42 feet] chamber on the very roof of the cave.” 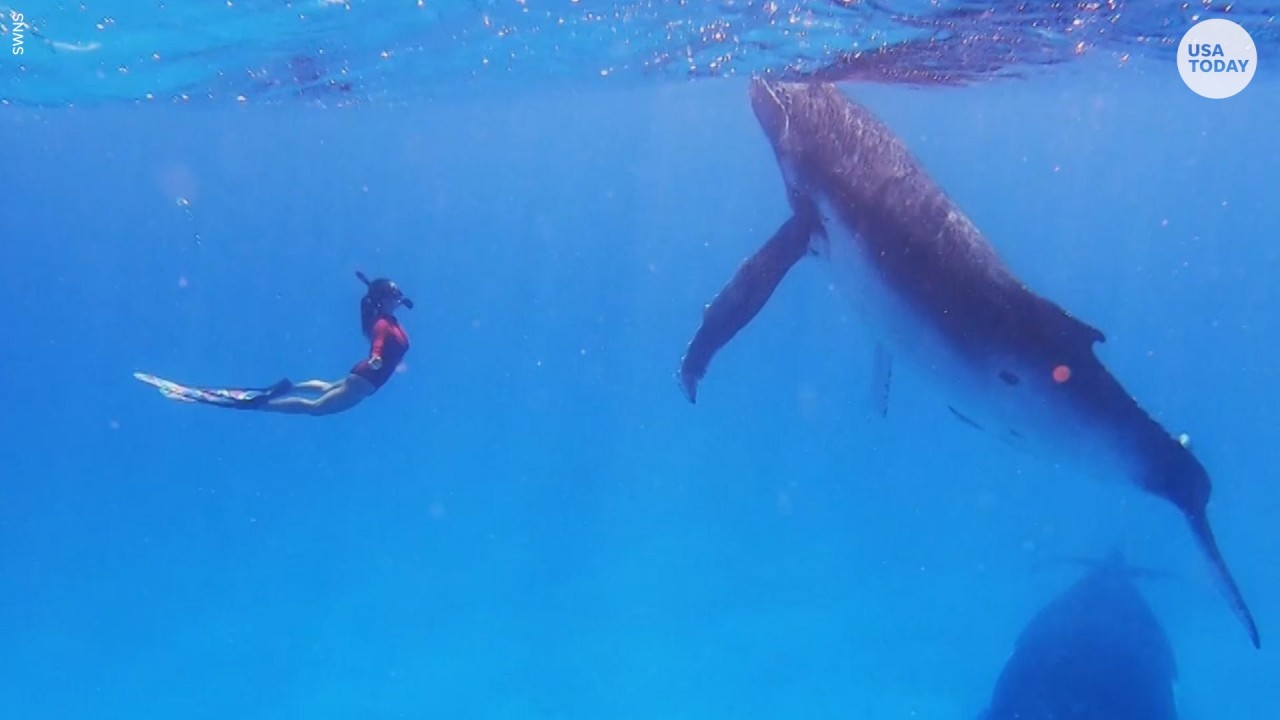 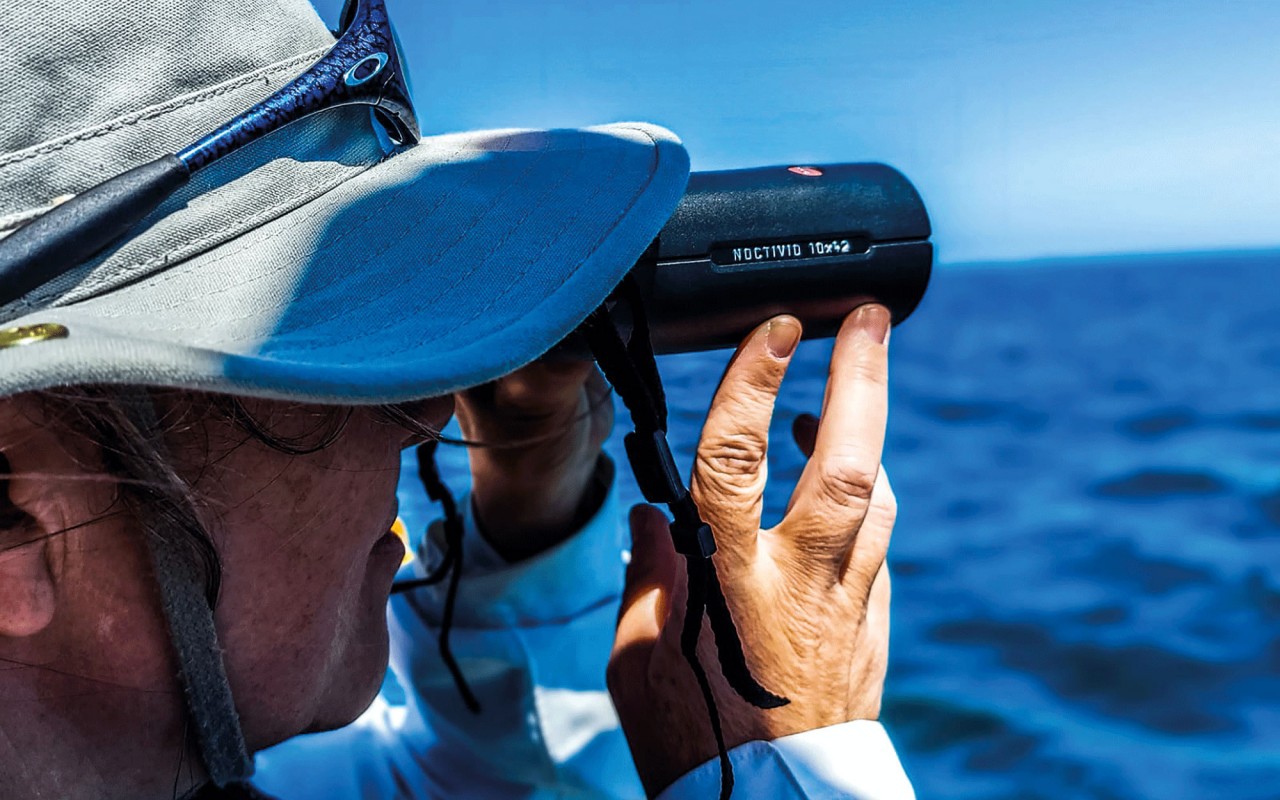 Good binoculars are always worth the investment, but finding the best boat binoculars can be something of a skill. Bruce Jacobs cuts through the jargon and picks three top pairs

For sailors choosing the best boat binoculars can be a difficult call. What areas should you be looking to prioritise?

Every sailor knows that anxious moment as you’re making a difficult entry into an unfamiliar port. The chances are there is quite a sea state, the light is poor and despite the best planning in advance, things don’t quite seem to be matching up.

The crew are looking to you as the skipper to get them in safely. But what you see are crashing waves, lots of light clutter from shore and a picture you can’t yet tally with your entry plan. This is when you need a serious pair of binoculars.

That entry level £40 pair from the chandlery might serve you well in easy conditions, but when things get a little more serious, you’ll never regret having equipped yourself with a set that can cut through the tougher stuff and find that radio mast or buoy. 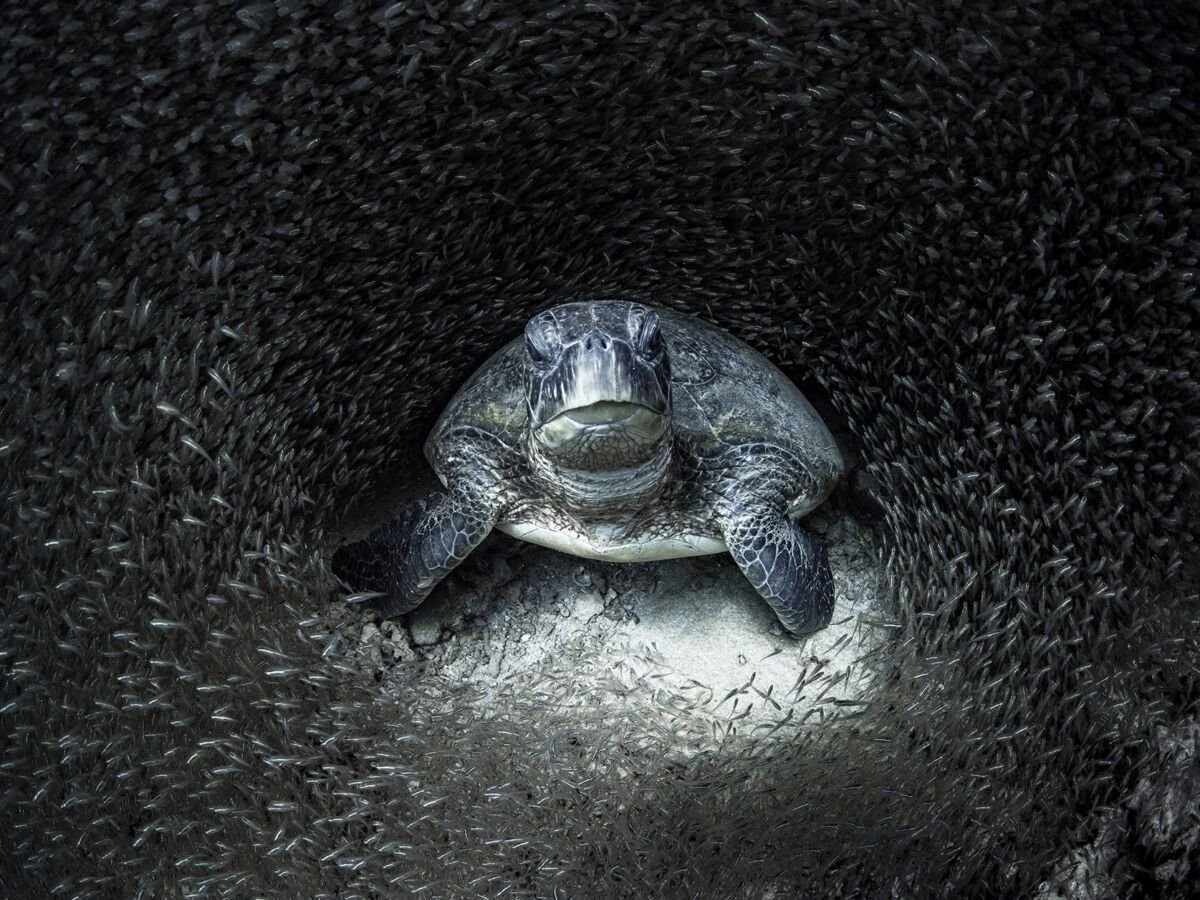 The ocean is the largest ecosystem on earth, our primary life support system providing us with over 70 percent of the oxygen that we breathe. The Ocean Photography Awards don’t just present stunning images of the big blue sea; the awards remind us of the bigger picture, of our responsibility to protect our oceans.

Ocean Photographer of the Year